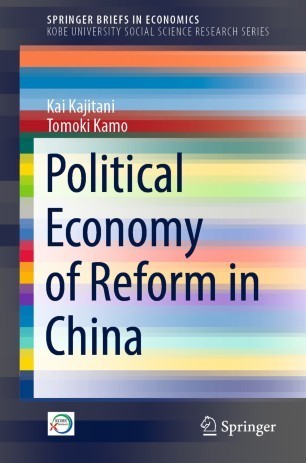 Chap.1 Introduction: The Future of Chinese Economy Under the U.S.–China Economic Conflict
Chap.2 Ownership Structures and Disparities in the Labor Share of Chinese Industrial Enterprises
Chap.3 Evaluating the Sustainability of Innovation in China from the Perspective of Institutional Economics
Chap.4 Political Capital and Enterprise Performance in China: Empirical Analysis Using Data from the People’s Congress of Yangzhou City and Industrial Enterprise
Chap.5 Land Market Competition Among Local Governments: A Spatial Analysis of Zhejiang Province

This book contains four research papers that clarify the issues behind China's rapid economic growth, using empirical studies. The book makes two distinctive points. First, it elucidates the unique economic development of China from a different perspective than the "state capitalism" theory, based on empirical research on the Chinese economy and politics with the cooperation of leading scholars. Second, the book paints a total picture of China through an interdisciplinary analysis of economics, politics, and history.

Each chapter focuses on the political–economic context of China's rapid economic growth on the following basis. First, the authors analyze whether there is a clear difference in the labor distribution rate between state-owned and non-state-owned enterprises, using data from industrial enterprises. Second, they focus on Shenzhen as an innovation hub and examine sustainable innovation and its institutional context in China. Third, there is empirical clarification of questions by matching the databases of industrial enterprises and information on elected representatives of the Local People's Congress of Yangzhou City, Jiangsu Province. Finally, the authors focus on the competition by local governments to attract companies by auctioning land usage rights.